Carl Thomas Petersen was born on a farm in 1911 near Hartington, Nebraska.  In 1933, he found work with the Civilian Conservation Corps (CCC), one of President Roosevelt’s “New Deal” programs.  The CCC employed young, unmarried men planting trees, improving state and national parks, fighting forest fires, and promoting environmental conservation.  They lived in Spartan conditions with military trappings, but more importantly, they had a healthy outdoor lifestyle, got three square meals a day, did worthwhile work--and received a paycheck!  Carl enlisted in the CCC at Fort Crook, Nebraska, and ended up in the piney forests of McKinley, Oregon, where he served in Company 756 building roads, trails and lookout towers.

After his honorable discharge from the CCC in April 1934, Carl moved to St. Paul, Minnesota, and enrolled at Dunwoody Industrial Institute to learn the building construction trade.  Before America entered WWII, he married his sweetheart, Irene Harmuth.

Carl had been working for Central Lumber Company in Minneapolis as an architectural draftsman when he joined the U.S. Navy on August 20, 1942.  Due to his skills in the building trades, he was assigned to the fledgling Naval Construction Battalions, better known as the “Seabees,” and received his basic training at Camp Allen, home of the Seabees, in Norfolk, Virginia.

The Naval Construction Battalions built over 400 advanced bases in the Atlantic and Pacific theaters during WWII.  From airstrips to roads, buildings and artificial harbors, the Seabees became legendary for their ability to build facilities in the most trying of conditions and habitats.

Carl became a member of the 26th Naval Construction Battalion and saw active service on the war-torn island of Guadalcanal in the Solomon Islands chain.  He arrived there on December 10, 1944, after the island had been taken by U.S. Marines in a hard-fought, six-month campaign that marked America’s first successful land offensive against the Japanese in the Pacific. Guadalcanal’s airfield was a highly contested prize of extreme strategic importance.  Seabees--while repairing and building up the airfield--had to sometimes put down their tools and pick up a rifle to help defend it from determined enemy attacks.

While on Guadalcanal, Carl contracted malaria, a mosquito-borne illness that incapacitated thousands of servicemen in the South Pacific.  He had to be medically evacuated and spent the balance of his service in stateside hospitals recovering.  He was honorably discharged in October 1945, having attained the rank of Carpenter’s Mate First Class.

Carl and his wife Irene moved to Delano, Minnesota after the war and had a daughter.  Sadly, Irene died of cancer in 1954.  The following year, he married Florence Olson of Delano, and she became the new wife and mother in the Petersen household.  Carl was a natural-born salesman and worked on the road as a sales representative for Andersen Windows until his retirement.

He was always proud to have been a Navy Seabee and belonged to its veteran’s association.  He especially enjoyed travelling with his wife, Florence, to reunions of his old Seabee unit.  Carl passed away in 1993. 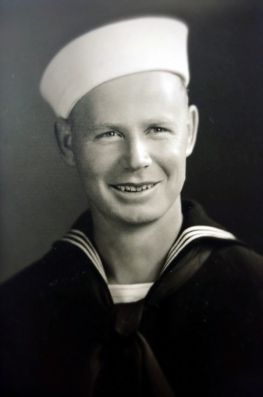 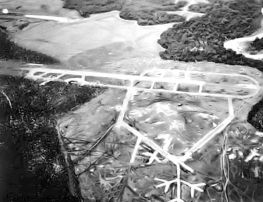 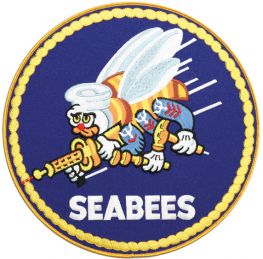 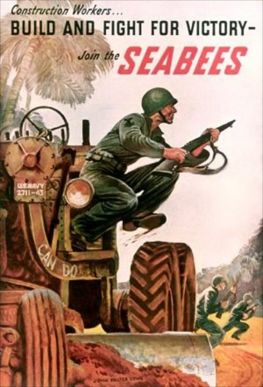