Roger was born in Glencoe Township, McLeod County, MN in 1941. The family moved to Arlington, southwest of the Twin Cities, and in 1959 he graduated from Arlington Green High School. He went on to attend the University of Minnesota and in 1963 received a Bachelor of Science Degree in Business.

Shortly thereafter, Roger entered Officers’ Training School and on 22 November 1963 was commissioned into the US Navy. He completed training as an aircraft Navigator, and served with AEWRON FOUR, a Navy weather reconnaissance unit also known as “Hurricane Hunters.” It was on 27 August 1965 while flying with this unit that they discovered a massive hurricane bearing down on the Gulf States. “Hurricane Betsy” was tracked by his and other aircraft as it was making its intensive and destructive path towards land. Thanks to the early warning provided by the crews of these weather planes, of which Roger played an important role as navigator, this storm caused a minimal loss of life.

He served on active duty until 1968, during which time he served in many duty stations in the US and England, after which he joined the Naval Reserve until his Honorable Discharge in 1979 after reaching the rank of Lieutenant Commander.

In 1969, after leaving active duty, Roger began his career at Apache Corporation where he worked for 33 years. This career opportunity had him moving to Colorado, Texas, and Minnesota. He retired in 2002 and returned once again to Minnesota in 2010 where he enjoyed a wide range interests including reading, golf, sports, yoga, traveling, family reunions, and horses.

Roger passed away at his home in Rogers Minnesota on 12 November 2017. He left behind many relatives including his siblings, nieces and nephews, and aunts and uncles. 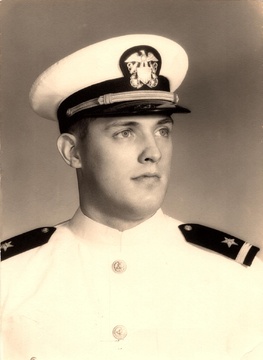 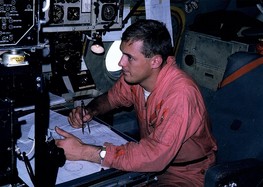 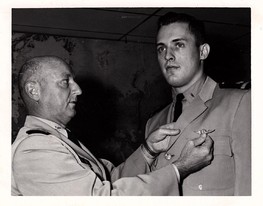