Carl Peterson was born in 1914, the son of Swedish immigrants and the youngest of nine children. A hard working and industrious young man, he assisted his father in contractor and building work in St. Paul after his graduation from Central High School. Carl met his wife Virginia through church, where they were active members in the choir, and were united in marriage in 1940. He then went to work for the Anchor Casualty Insurance Company.

For three years during WWII, Carl served in the U.S. Army Railroad Division. His time in the service was spent in Tehran, Persia (modern day Iran) working at an administrative position with the 702nd Railway Grand division. He wrote home about the extreme temperature conditions they endured: freezing cold nights, and daytime temperatures that would reach over one hundred degrees. He would fondly remember his opportunity to take a three week trip to the Holy Land (with a small group of other soldiers) to Biblical lands steeped in history.

In July 1945 Carl was to return home. He kissed the ground when he landed on American soil, and returned to work for the Anchor Casualty Insurance Company. His career with that company spanned forty-four years, after which he retired in 1980.

Carl and Virginia had a son and a daughter, and the family enjoyed traveling across the US and Canada. He was also active in Toastmasters, and enjoyed hobbies such as woodworking. In 1966 Carl and Virginia joined a group to help organize the Ft. Snelling Chapel Foundation, and remained active in its mission for over thirty years.

Carl and Virginia enjoyed sixty-three years of marriage when Virginia died in 2003. It was difficult for Carl to lose his “wife, partner, and best friend,” but he continued to remain active in and interested in current events, the well-being of people, and his love of music. Carl died in 2013, just two weeks after his ninety-ninth birthday. People who knew him remember him for his warm smile, positive attitude, even in difficult times, and a kind and happy demeanor. He was a loving husband and father, and a great friend to many.

Persian Gulf Command was formed on August 11, 1942. Originally Headquartered in Basra, Iraq, it was moved to Tehran, Iran in January 1943. Its mission was to ensure the uninterrupted flow of large amounts of vital war supplies to aid Russia in its struggle against German forces on the Eastern Front. 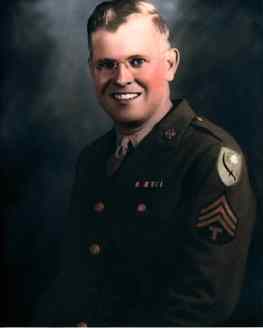 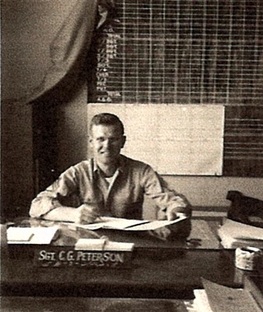 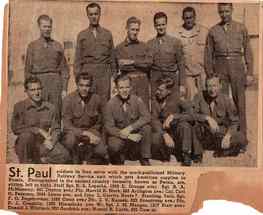 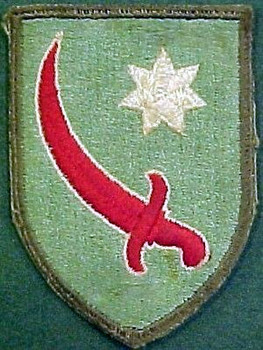