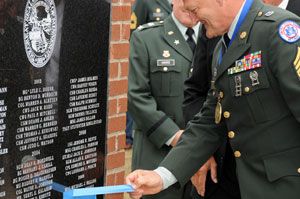 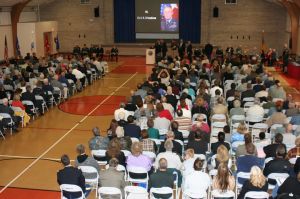 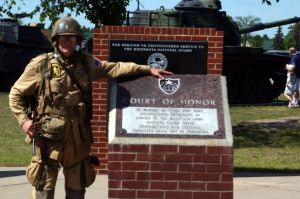 Memorialization and Court of Honor

Individuals with distinguished records of military service have been memorialized at Camp Ripley since 1933—initially by having a facility or physical feature named after them (e.g., a street, building, or prominent terrain location). In more recent years, the names of memorialized individuals are normally inscribed in the Court of Honor, an outdoor plaza/monument located on the grounds of the Minnesota Military Museum.

Click on the link below to open or save a printable copy of the regulation governing memorializations at Camp Ripley.

To view the roster of memorializations at Camp Ripley, click one of the following links.