A Brief History of Camp Ripley

Camp Ripley is a 53,000-acre, state-owned military reservation in central Minnesota. It is managed by the Minnesota Department of Military Affairs and serves as the primary field training site for the Minnesota Army National Guard.

The location of Camp Ripley was selected in 1929 by Minnesota’s Adjutant General, Ellard Walsh, who had been seeking a suitable replacement for Camp Lakeview, the Guard's small, outmoded 200-acre training camp on Lake Pepin near Lake City. In use since 1888, Camp Lakeview was lovely but totally inadequate for the needs of a twentieth century army. With help from state Senator Christian Rosenmeier of Little Falls, Walsh finally identified a large tract of land--a combination of fields and forest--located seven miles north of Little Falls along the west bank of the upper Mississippi River. By coincidence, the acreage incorporated the remains of Fort Ripley, a frontier army garrison from 1849-1877, and Camp Ripley took its name from the old fort.

The initial land area covered a little under 13,000 acres. Additional acreage was acquired over the next 30 years (the last in 1961), bringing the reservation to its present size of 53,000 acres. The terrain, including lakes and the river, is well suited for woodland-style tactical and weapons training. The reservation is 18 miles long (north to south) and seven miles wide.

Construction of buildings, utilities, field ranges, and roads began in 1930. By June 1931, when the first troops arrived for training, the cantonment area included a water tower, headquarters building, maintenance building, supply warehouse, and six company-size mess halls. It marked the beginning of a steady progression of construction. By 1940, the post was capable of housing up to 12,000 troops at one time. One of Camp Ripley's most recognizable features, the skillfully crafted 40-foot black granite entrance towers, flanking gateposts, and thick walls marking the cantonment area's main gate and south boundary, was built under the auspices of the Works Project Administration (WPA). Begun in 1934, the entire project took eight years to complete. The 3,400-foot wall, punctuated by octagonal turrets, was laid dry, hand-placed without mortar. WPA workers did nearly all the construction on post between 1934 and 1942.

Other unusual construction during this time included the building known as Nelson Hall. Once the camp headquarters and officers billet, it is today used by the Minnesota Department of Natural Resources (DNR). The interior contains beautiful maple and birch paneling salvaged from the old state capitol building before that building was demolished in 1940. Also salvaged from the old capitol was a large stained glass window that was eventually incorporated into the post chapel, which was built in 1970. "Valhalla," an authentic Norwegian-style log chalet, was constructed in a secluded pine grove in 1934 as a hideaway for Minnesota's governors and visiting VIPs. In 1961, Gov. Elmer L. Anderson coined it as “Valhalla,” after the great hall of Odin in Norse mythology, and the name stuck.

Development of field training areas has been continuous since the post opened. Many were developed in the 1950s and 60s as the camp expanded northward. There are numerous firing and gunnery ranges, ample space for tactical maneuvers, specialized training areas for combat readiness skills, 6,000 feet of railhead, and more than 250 miles of trails and roads.

Like most National Guard camps in those days, Camp Ripley was a tent camp.  In each regimental area, there was a regimental headquarters building and a mess hall and latrine for each unit of the regiment. The enlisted men were all quartered in rows of squad tents erected on wooden frames over a wooden tent floor, typically six men to a tent. The officers slept in 9 X 9 officer’s wall tents.  Most captains and above had a tent to themselves and the lieutenants slept two to a tent.  Regimental officers slept adjacent to the headquarters building.

The post has always been important to the US Army. Large-scale Army maneuvers involving Regular Army and National Guard troops from several states were conducted here in 1937 and 1940. During World War II, the federal government took over Camp Ripley for use as an installation of the Army Service Forces, Seventh Service Command. From July 1942 to October 1943, thousands of federal troops received basic and advanced training here. Many were assigned to the 960th Air Base Security Battalion or to one of the dozens of Military Police (Aviation) Training Companies. The 99th Infantry Battalion (Sep), consisting of Norwegian-Americans, was activated at Camp Ripley in August 1942 and grew to 700 men by the time it transferred that fall to Fort Snelling and then to Camp Hale, Colorado, to complete training. There was a band (the 394th Army Air Force Band), and in the summer of 1943 Camp Ripley was home to the 173rd Station Hospital. Its 250-bed tent hospital was the only one of this kind in the nation.

About 1,000 Soldiers were housed on post over the winter of 1942-43, and the numbers grew to over 7,000 the following summer when a Military Police (Aviation) Training Center was activated. Camp Ripley had initially been built in the 1930s as a summer training camp, however, and was poorly equipped for the cold and snow of a northern Minnesota winter. The Army, not wishing to contend with the difficulties caused by its first winter at Camp Ripley, decided in late summer 1943 to discontinue use of the post for its wartime training. Nearly all federal troops were transferred out in October 1943 and, that winter, the post was returned to state control. The State Guard, a home defense force organized as a substitute for the National Guard, which had been federalized due to the war, trained at Camp Ripley for the next two years.

Camp Ripley has kept pace with the ever-evolving needs of a modern military force.  Summer troops in the early years lived and slept under canvas. Tents were gradually replaced by corrugated aluminum "hutments" (the troops referred to them as tin huts) in the 1960s. In the 70s, heated year-round barracks began to be built to accommodate cold weather training. The first such buildings were designed for a company of 200 soldiers, with bays for sleeping, a dining hall and kitchen, latrine and showers, and office and supply areas--all under one roof.  Four were completed in the fall of 1973, enough for one battalion.  A vigorous building and renovation effort has been underway ever since, transforming Camp Ripley from a summer-only annual training site for the Minnesota National Guard to a state-of-the-art, year-round military training and education installation that is used by  all branches of service and a variety of civilian agencies.

The Minnesota National Guard began winterizing Camp Ripley's training capabilities because the 47th "Viking" Infantry Division was given a cold weather mission by the army in the mid-1960s. For several years, selected groups of soldiers were sent to Alaska and Colorado to be trained for this kind of warfare, but many more troops could be trained for winter operations if Camp Ripley was able to house them during the winter months.  The new winterized barracks were used for the first time in 1974 when a winter exchange program with the Norwegian Home Guard was inaugurated (this unique program continues to this day).  A Winter Operations School was developed and, by the mid-1980s, Camp Ripley was training 10,000 soldiers during the winter months, rivaling its summer operations.

The 2000s also saw a steady stream of new construction. More barracks were built to replace hutments, which were being phased out.  This allowed the post to house nearly 4,000 personnel at once during the winter months and over 8,000 during warm weather months.  Other projects included upgrades to small arms and tank ranges, enlarged maneuver training areas and added facilities for special operations training that included drop zones, rappel tower, confidence courses, and two mock POW compounds.

From its inception, the camp was designated as a state forest preserve and game refuge. Long committed to environmentally-sound stewardship of the land, it has become a showcase for its conservation efforts and use of solar energy.  It supports several environmental initiatives in partnership with Minnesota's Department of Natural Resources (DNR), and the DNR trains its conservation officers using Camp Ripley’s diversified habitat. The Minnesota Highway Patrol and numerous other law enforcement agencies also make heavy use of Camp Ripley’s unique facilities. 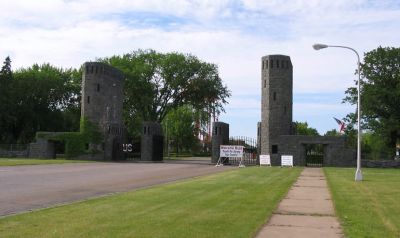 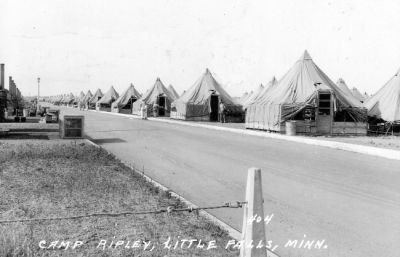 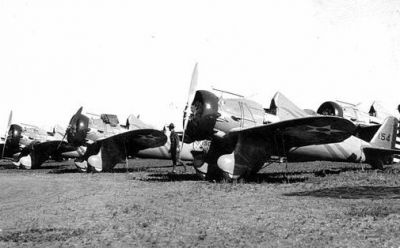 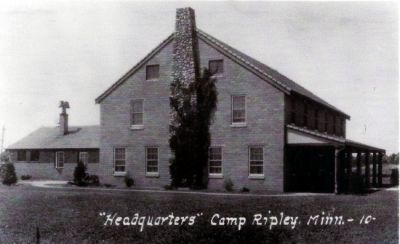 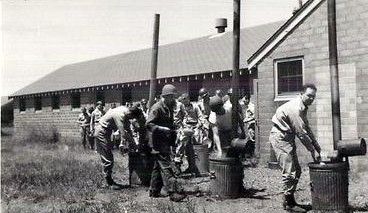 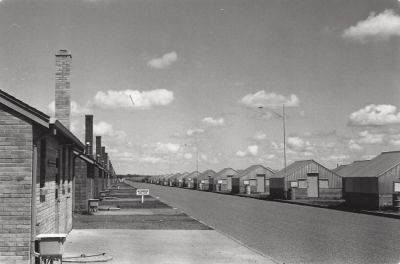 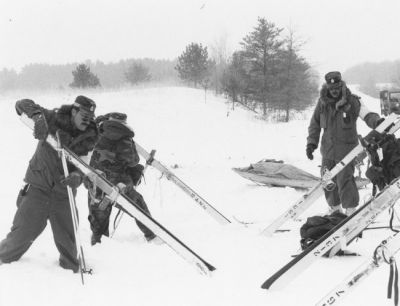 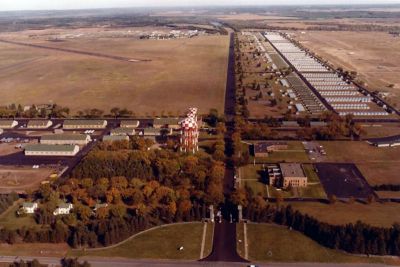 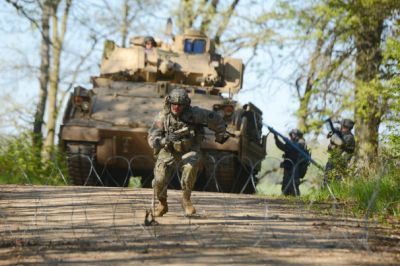 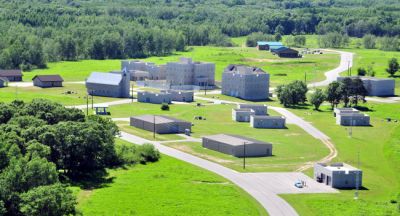 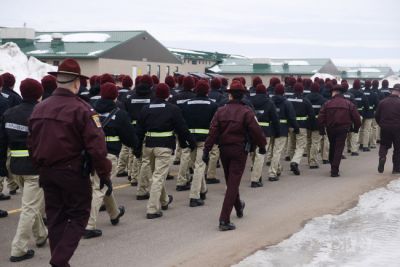