Stop by the library to see the collection or view the online catalog by clicking the link below. The library is open on Thursday - Saturday from 10:00am - 4:00pm each week.

The museum reference library on military history contains 15,000 circulating books, manuscripts, and pamphlets. In addition, it maintains a large collection of historic military technical and field manuals. Special attention is given to collecting materials that specifically relate to the military experiences of Minnesotans and to military units with Minnesota ties.

If you have any questions about the collection, or books you would like to donate to the collection, please let us know! Feel free to contact our library assistant, Diane DeVere, at libraryassistant@mnmilitarymuseum.org or 320-632-7052.

A few Exceptional Titles Among the 15,000 Volumes

The library has many items that are of immense interest to scholars and general public alike. Below is a list of some select items chosen by library staff. Some were chosen for their uniqueness, comprehensive coverage of a select topic, or interest to researchers.

The library’s large classroom is an ideal setting for school groups touring the museum. Periodically, this space is used for public programming and author talks offered by the museum. Along the east wall of the library is our 30-foot WWI America mural featuring 100 notable individuals from the era of different backgrounds, interests, ethnicities and orientations. Recently completed by local Veteran David Geister, it was inspired by the even larger, century-old Pantheon de la Guerre on view at the National WWI Museum in Kansas City.

DONATIONS.  Do you have books or archival materials to donate? We are always looking for new titles, documents and photographs to add to the collection. Unit histories, general military histories, technical and field manuals, biographies and other books of a military nature are always accepted, regardless of condition. Written personal recollections and memoirs are especially welcome. Duplicates of books already in our collection may be sold in the museum gift shop to help raise funds for the museum. 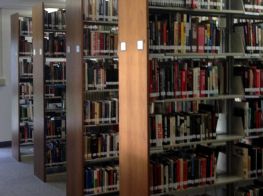 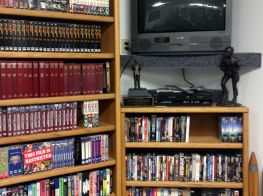 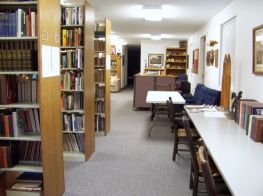