Coming Soon: The Museum will host online discussions on various 9/11 & GWOT topics.  A schedule will soon be posted here.  Share your email to be added to our e-distribution updates: rdietrich@mnmilitarymuseum.org

America’s longest war – the Global War on Terror – started with the attacks on American soil on September 11, 2001.

In anticipation of the 20th anniversary of 9/11, the Minnesota Department of Veteran Affairs (MDVA) has formed a taskforce to remember and record the Minnesota experience since that fateful day.

MDVA Commissioner Larry Herke underscored the urgency of this undertaking. “Memories fade with time. Veterans and their families will benefit from this opportunity to share their stories, some dating back nearly two decades, with future generations,” Herke said.  Remembering and honoring the Minnesotan lives lost and impacted by the 9/11 attacks and the subsequent Global War on Terror (GWOT) will also be an important role of the new taskforce.

The new taskforce will be facilitated by MDVA and chaired by Commissioner Herke and will include one member each from the Minnesota Senate and Minnesota House of Representatives, two MDVA staff, a member from the Minnesota Military Museum, and up to eight citizen members, selected by the appointing authority, Commissioner Herke. The public members were selected for their interest in conducting public history programs and their personal experience with the events of September 11, 2001 or the resulting deployments of military service. The taskforce members will serve two-year appointments.

Central to their work will be advising the Minnesota Military Museum on their sweeping, statewide initiative to gather Minnesota stories – from service members and civilians – about America’s longest war. Museum Director and taskforce member Randal Dietrich said that the museum will host monthly online discussions to engage a broad, statewide audience.

Taskforce member Mariah Jacobsen has a personal connection to 9/11. Minnesota native and 9/11 hero Tom Burnett is Jacobsen’s biological father. While she never met Burnett before his death in the 9/11 plane crash in Pennsylvania, Jacobsen remembers the day clearly. She first learned of the attacks while at school as a junior attending Cretin High School in St. Paul. As the details of the horrific day’s events became more clear, she felt anxious. “I remember coming home from school and was inconsolable,” she recalls. “I felt like I lost someone.”

In 2004, she learned Burnett was her biological father and quickly connected and bonded with his widow and daughters. She hopes serving on Minnesota 9/11 and GWOT Taskforce will be a way to honor Burnett and all those who have sacrificed their lives. “Tom’s life is so important to me, even though I didn’t get to meet him,” Jacobsen shares. “He acted with fortitude and decisiveness in the moment. When I saw the opportunity to serve on the taskforce, I knew I had to jump at it.”

The Museum hosted the Minnesota premiere of The Outpost at the Heights Theater in Minneapolis.  The capacity crowd (adhering to Covid-19 protocols) heard from Minnesota’s own Andrew Bundermann who was acting commander of Combat Outpost Keating on 3 October 2009 and is portrayed in the movie by Taylor John Smith.  Army Officer Stoney Portis wrote a compelling editorial in the New York Times entitled “I Watched My War Story Becomes a Movie”. The critically acclaimed movie is a must see and is readily available on-demand. 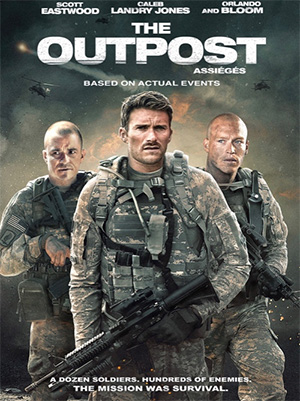 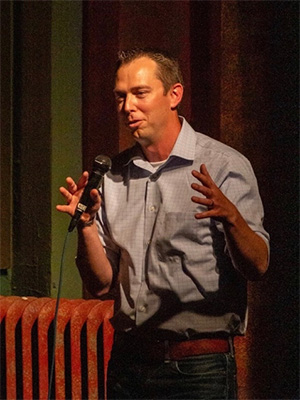 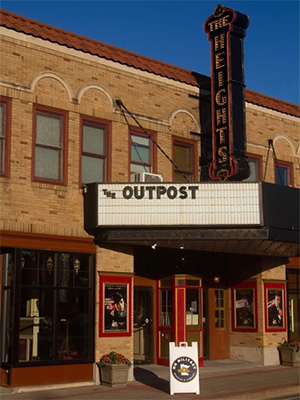 Suggested reading: These books are readily available via the museum’s library.

9/11 Commission Report
9/12 by William Groner
102 Minutes by Jim Dwyer and Kevin Flynn
American Ground by William Langewiesche
Anatomy of Terror by Ali Soufan
Black Banners by Ali Soufan
Black Wave by Kim Ghattas
Decade of Hope by Dennis Smith
Fall & Rise by Mitchell Zuckoff
The Fighters by C.J. Chivers
The Ground Truth by John Farmer
Guests of the Ayatollah by Mark Bowden
Heart of a Ranger by Bill Lunn
Hunting the Caliphate by Dana Pittard
The Longest War by Peter Bergen
The Looming Towers by Lawrence Wright
The Only Plane in the Sky by Garrett Graff
The Outpost by Jake Tapper
Places and Names by Elliot Ackerman
The Punishment of Virtue by Sarah Chayes
Red Platoon by Clinton Romesha
Roaring Bull by Brian Leehan
Still Standing by Jim Kriesel and Jim Kosmo
The Terror Years by Lawrence Wright
They Will Have to Die Now by James Verini