We invite you to share your own experience from Sept 11 and/or the resulting Global War on Terror.  In doing so, your story will become part of the permanent collection of the Minnesota Military & Veterans Museum. Select stories will be posted online. 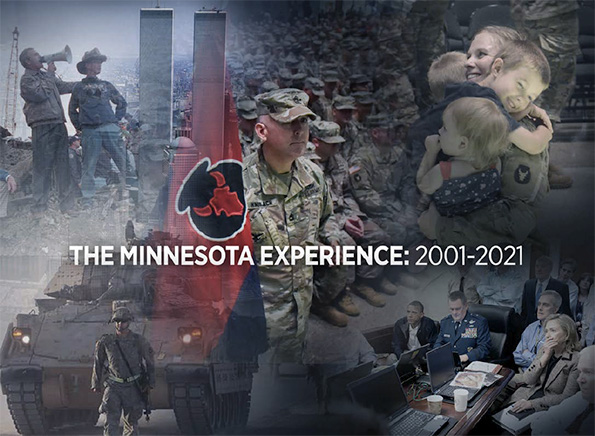 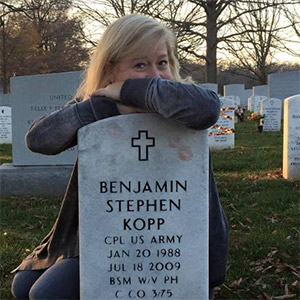 “2001 was a hard year. It was the first death that Ben had experienced. So, my grandfather dies on the 4th of April and Ben doesn’t want to talk about it. He tells me that it hurts him too much, and just leave him alone. I didn’t have any issue doing that. I knew what his sorrow was, I knew how close he was to ‘Aye-Aye,’ is what his nickname was, and also Ben being a thirteen-year-old boy, they don’t really talk much anyway. They kind of just grumble and groan, so to let him sit and be silent was an easy thing to do, but I was also respecting his own sadness. And that didn’t change until five months later and 9/11 happened. And 9/11 to Ben was personal. To him, it was a mockery of his great-grandfather’s service to America. The man that he loved, and admired, and respected the most in his life, just got mocked by the terrorists. And he made a declaration as we were watching the footage together in his bedroom that when he was old enough, he was going to find Osama bin Laden, become an Army Ranger, and make him pay. From that day forward, I never doubted- Never doubted that he would make good on that promise. And anybody who knew Ben Kopp from that day forward, never doubted it as well. We all knew that he’d make good on that promise.” 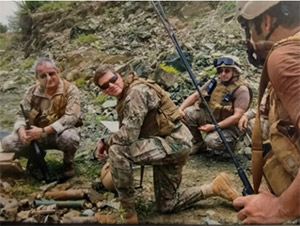 “This is a picture that was taken right on the Yemen-Saudi border. That’s me right in the middle.  This actually was a Saudi airborne unit that was down here along the border, and you can kind of see the terrain there. It’s pretty rugged. They refer to it as the Arab Jungle down there. It’s a very rough part of terrain. But just before, we were down there visiting them, and we had a role to help protect the kingdom, so we were doing some advising and some assisting with our Saudi partners down here. But just before this picture was taken we had an attack with some small arms fire and some mortar and things that came from the Houthis, and someone captured this picture, and ultimately, we were up here talking about what was going on and you can kind of see some of the remnants of other things in the background. But this was an important picture for me. I kept it in my office when I was a CENTCOM Commander because it was a reminder of the importance of partnership. There’s certainly a lot been said about our relationship with the Saudis over the last couple of years, but in this particular case, they again were counting on us to help them. In this case, most of our help was advise and assist, and so we were trying to help them be more effective in this operation they were involved in. It was always a good example. We really don’t do much by ourselves here. I’ve had the opportunity as a CENTCOM Commander to lead a seventy-nine-member coalition in defeating ISIS. We can do a lot. We’re a pretty great country, but we can’t do it all by ourselves, and we’re very very dependent upon our partners. And this picture I think always kind of captured that for me.”