During World War II, this Minneapolis veteran made aircraft parts before becoming a WAC.

Dolores Vosika was born on 15 September 1915 in her parents’ home in Minneapolis.  After graduating from East Vocational High School in 1933, she began her working career as a stenographer.  In 1939 she went to work at Durke Atwood making automobile parts, and then from April 1941 to June 1943 she was employed at Honeywell where she assembled aircraft parts.

Her work on the assembly line was important, but Dolores wanted to contribute to the war effort in a more direct way. On 5 June 1943 she joined the Women’s Auxiliary Army Corps (W.A.A.C.), which was soon renamed as the Women’s Army Corps (W.A.C.).  After basic training in Des Moines, she was stationed at Arlington Hall in Washington, DC and assigned to the Second Service Signal Battalion as a Cryptanalysis Technician.  The job required her to code and decode top secret messages.  During her time as a W.A.C., she received two Awards of Commendation for her work and rose to the enlisted rank of Technician 4th Grade.  Other military awards included the Army Good Conduct, Women’s Army Corps Service, American Campaign, and the WWII Victory medals.

She left military service on 8 February 1946, and returned to her job at Honeywell, but decided to use the educational benefits granted her under the GI Bill. She continued to work days and attended college classes at night, graduating on 21 July 1949 with a bachelors degree from the University of Minnesota.  When her mother got sick, Dolores gave her round-the-clock care, effectively becoming her nurse. When her mother passed away in 1951, she continued to live at home and took care of her father, Joseph, until his death in 1960.  (Joseph Vosika, who was also one of our Featured Veterans, was a member of the Thirteenth Minnesota Regiment and served in the Philippines during the Spanish-American War and the insurrection that followed. Some of his uniforms are on display in the museum’s Spanish American War exhibit).

Shortly after Joseph’s passing, the family home was sold and Dolores moved into an apartment.  She never married and had no children, but at the time of her death on 26 February 2010 she left many loving nieces and nephews. 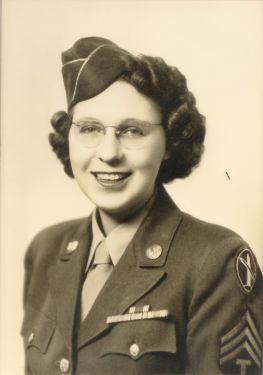 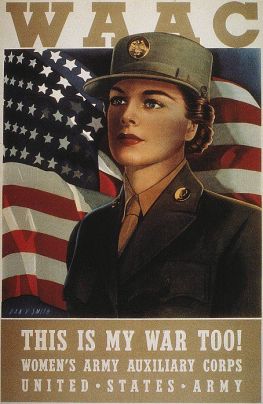