During the Vietnam War, from the late 1960s through the early 1970s, David and Linda Taylor each tended the wounded while serving in the U.S. Air Force.  Dave was an Airman First Class and Linda was a Captain in the Air Force Nurse Corps.  They met and started dating while they were both on active duty, which was frowned upon because he was an enlisted man and she was an officer.

Dave’s service took him to Clark Air Force Base in the Philippines, where he cared for patients in the Male Surgical Ward.  He had to treat both physical and emotionally wounded men from Vietnam, and told the story of a despondent young Green Beret whose left foot had to be amputated after stepping on a land mine.

“You know,” Dave said to the soldier, “there is another building on this base that also has soldiers in it.  It’s called the morgue.  Any one of those guys would have gladly traded his situation for yours. ‘What do you mean,’ the soldier asked?  I told him ‘Your amputation is below the knee.  Do you know what that means?  It means that with a false lower leg you will be able to get up and walk. With a little balance training, no one will know you lost your lower leg … you still have your kneecap, which lets you shift your weight and you won’t need a cane. You get to go home.  You’ll get married and have kids and live a normal life.’  Somehow, it was the right thing to say, because the guy immediately improved in attitude.”

Linda grew up in Minnesota.  After high school she went to the Fairview School of Nursing and became a nurse.  Then she studied English at the University of Minnesota.  In 1969, she joined the USAF and was assigned to Mather Air Force Base in California, where she worked in the Male Medical Ward caring for active duty and retired personnel.

Linda said her service in the Air Force was a great experience.  “Some of our young soldiers, upon returning home, were treated with disdain and hostility by a few young Americans.  I got a sample of this in the San Francisco airport. A young man spotted my uniform and began mocking the military. ‘What shall I call you?’ he sneered, ‘Sir?’  To which I replied, ‘No, you can call me Lieutenant.’ I was proud of my uniform, proud of my co-workers, and proud of all our military people who bravely served our country.”

Linda rose to the rank of Captain and after her two year enlistment was honorably discharged from active service. Dave and Linda were married in January 1971. They moved to Buffalo, Minnesota, after Dave’s retirement from the city of Plymouth’s Engineering Division. Dave became a licensed deacon in 2010 and a fully ordained minister in 2013. Linda retired from the nursing field to become a full time homemaker.  She is also an accomplished organist.

They continue to serve their community: Dave as an emeritus associate pastor of St. James Lutheran Church in Howard Lake, Minnesota, and Linda with her musical talents. 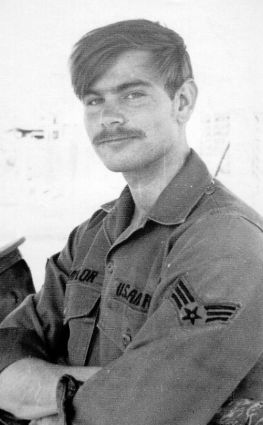 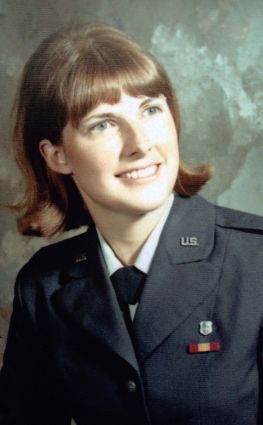