Jeffery S. Patton was born May 3, 1972 at Methodist Hospital in Edina, Minnesota.  An avid athlete, he was captain of his high school track team, played football, and was also a member of the National Honor Society. He graduated with honors from Bloomington-Jefferson High School in 1990. With high school dreams of someday entering NASA’s astronaut program, but hoping first to become a pilot, he received letters of acceptance from both the Naval and the Air Force Academy.  After careful consideration, he chose the U.S. Air Force Academy in Colorado Springs, Colorado.

Col. Patton entered the U.S. Air Force in 1994 after graduating from the Air Force Academy.  He then went on to receive his Master’s degree from the University of Washington.  Since then, he has served in a number of duty assignments to include operational, test, staff, and joint positions.  As an F-15C pilot at Eglin Air Force Base in Florida, he flew multiple combat missions in support of Operations NORTHERN WATCH and SOUTHERN WATCH. NORTHERN WATCH enforced a no-fly zone over northern Iraq between 1997 and 2003; SOUTHERN WATCH did likewise over the southern portion from 1992-2003.

As an F-15E instructor pilot at Mountain Home Air Force Base in Idaho, he participated in the first stages of Operation ENDURING FREEDOM, which began in 2001 with Allied air strikes against the Taliban and Al Qaeda targets in Afghanistan.  His unit was one of the first to fly combat operations into Afghanistan.  While flying with the 391st Expeditionary Fighter Squadron in air operations in that country, he received the Distinguished Flying Cross, followed shortly thereafter with an additional oak leaf cluster to that award.

In his next assignment he flew the F-15E at Eglin Air Force Base as an operational test pilot while serving as Chief, Precision Engagement Division.  Patton then spent a year in Riyadh as the Director of Operations for Air Force Division, United States Military Training Mission, Saudi Arabia.

After attending Intermediate Development Education at Air Command and Staff College at Maxwell Air Force Base in Alabama, he was assigned to the Pentagon, working as Country Director for the Kingdom of Saudi Arabia, in the Office of the Deputy Under Secretary of the Air Force, International Affairs.  In that capacity he provided political-military affairs analysis to the Secretary of the Air Force and Chief of Staff of the Air Force.  Patton was also a key architect behind the largest foreign military sales case in US history – a $29.3 billion recapitalization of the Royal Saudi Air Force F-15 fleet.

Colonel Patton currently serves in Europe as the Inspector General, HQ USAFE-AFAFRICA, based in Ramstein, Germany.  He is married to the former Tracy Williams of Springfield, Illinois. They have two children. 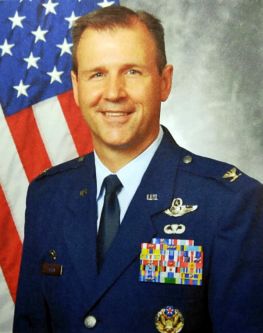 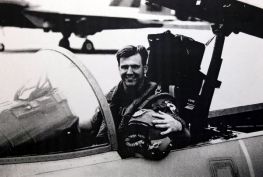 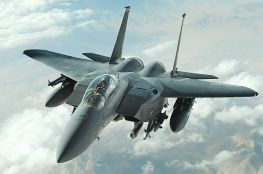