Ralph Wesley Thompson was born in Merrill, Wisconsin on 1 June 1930 to Benjamin Franklyn and Ruby Thompson. As one of nine children in the Thompson family, he grew up in an active household on the banks of the Wisconsin River during the Great Depression. As with many families during those trying times, money was short, and ingenuity and the need for hard work were instilled in them at a young age. These traits of self-reliance and a good work ethic were to serve Ralph well during his time in the USAF.

During the Second World War, two of his older brothers served in the Army Air Corps. Oldest brother Ted was an air traffic controller stationed in the (then) Alaska Territory, and brother David was an aircraft armorer with the 391st Fighter Squadron. This service in the Air Corps influenced him to join the fledgling US Air Force on 22 September, 1950. After basic training in Lackland, Texas, Thompson went to school to earn his certification to become a Loadmaster. Flying mostly on C-130’s, his work found him flying all over the world, with duty stations in France, England, Japan, Libya, and South Vietnam.

While on leave in 1960 and visiting the home an Air Force buddy in Long Prairie, Minnesota, he was introduced to Carole Francis of Little Sauk, Minnesota. After a year or so of correspondence between the two while he was stationed in Japan, he proposed to her. She made the 18 hour flight to Japan, where they were married in Tokyo on 26 October 1962. They had two sons while stationed in the northern US airbase in Misawa, then flew on to new assignments in Dayton Ohio (where another son came along), then off to St. Cloud France, Tripoli Libya, Tacoma Washington (where son number 4 was born). For his last year of service and the end of a 20 year career, Thompson was sent to the port city of Cam Rahn Bay, Republic of Vietnam. The family at this time moved back to their home in Little Sauk, Minnesota while he was away. He served there from April 1969 to April 1970. Sadly, he was to pass away due to health concerns on 1 June 1971. He is interred at Fort Snelling National Cemetery. 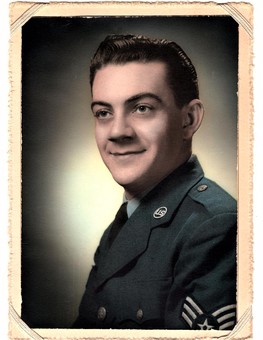 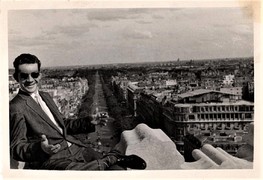