Joseph Vosika was born in Bohemia on 26 February 1872. He moved to the United States and settled in Minneapolis, Minnesota. In April 1898 he enlisted in Company F of the 13th Minnesota Volunteer Infantry Regiment, and went on to see service in the Philippines during the Spanish American War and Philippine Insurrection. He served with that unit until July 14th 1899, when he mustered out of the 13th Minnesota and enlisted in Company I of the 36th Infantry, U.S. Volunteers, a Regular Army unit. While serving in the Philippines he was involved in several campaigns, battles and expeditions. After active hostilities, he became a member of the Provost Guard, which was tasked with maintaining order in Manila and the surrounding area. He was mustered out of the service as a Corporal in March of 1901. Joseph later became actively involved in Spanish American War Veterans organizations and attended many reunions with his old units.

Joseph had an interesting life after his military service. He worked in Mississippi as an engineer on a logging train, was an electric streetcar motorman in Minneapolis, and in March 1912 began a long term career as a patrolman for the Minneapolis Police Department. He retired from the police department in 1938. He enjoyed fishing and spending time at the family cabin on Cedar Lake near Andover, Minnesota. During WWII, his daughter Dolores Vosika followed in his footsteps and joined the military as a W.A.A.C., serving as a cryptanalyst with the Second Service Signal Battalion in Washington D.C.

The museum has several artifacts related to Cpl. Vosika’s service in the Philippines on display.  He passed away 3 January 1960. 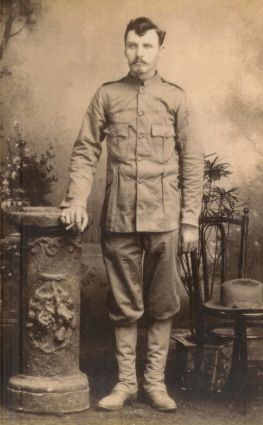 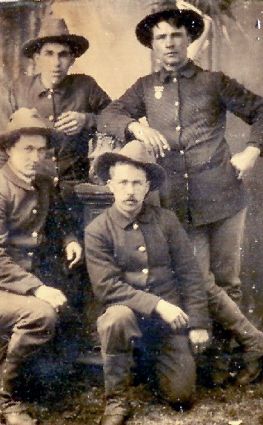