Albert Larson was born in Minneapolis in 1922, the son of Swedish immigrants. After graduating from Roosevelt High School in Minneapolis, he joined the Civilian Conservation Corps during the Great Depression, working in the forests near Bena, Minnesota.

He enlisted in the US Army at Fort Snelling in 1941 and did his basic training at Ft. Walters, Texas. After basic, he went to Ft. Benning, Georgia, for airborne training, where he successfully completed the rigorous program and made five jumps to earn his coveted Paratrooper wings. He became a member of Co. B, 505th Parachute Infantry Regiment, 82nd Airborne Division, and embarked on a transport ship to Casablanca, Morocco, where his unit had additional training before his first combat jump during Operation Husky, the invasion of Sicily on July 9, 1943.

The 505th made its second combat jump into Salerno, Italy, on September 14, 1943. In early 1944, the division was moved to England to prepare for Operation Overlord – the invasion of northwest Europe. After more training in England, the 505th emplaned for the invasion of France, D-Day, in the early morning hours of June 6. At 0300 hours in the morning, the 505th made its third combat jump into Normandy near the town of Ste. Mere Eglise, which became the first sizeable town liberated by the Americans in France. He had many close calls in the first days of the invasion, and had the heel of one of his paratrooper boots shot off by a machine gun round. He kept the boot, had it repaired and brought it home as a souvenir after the war.

On June 11, Albert was wounded in the back by a piece of shrapnel from a German mortar or artillery round. He was evacuated to England to recover from his wounds. The 505th was awarded the Presidential Unit Citation for its actions in Normandy. The fourth and last combat jump of the 505th was on September 17, 1944, into the area around Groesbeek, Holland, during Operation Market-Garden. After the ill-fated and ultimately unsuccessful invasion of Holland, the 82nd Airborne Division was returned to rest and refit in England. Their time in England was short lived, however, because of the German’s surprise attack during the Ardennes Offensive, the “Battle of the Bulge.” Despite a lack of cold weather uniforms and equipment, and being thrust in to help stem the tide of the German advance on very short notice, the esprit de corps and high morale of the 505th eventually turned the tide at St. Vith and the Salm River.

During the war, Albert received many awards and decorations, including the Bronze Star, Purple Heart with cluster, Presidential Unit Citation, the Belgian and French Fourragere, and the Dutch Order of Orange. He was one of perhaps 1,000 paratroopers to have made four combat jumps in WWII and live to tell the story!

Albert would survive the war to come home to Minnesota, where he worked as a pressman for the St. Paul Pioneer Press. He passed away on July 4, 2012, and is buried at Ft. Snelling National Cemetery. 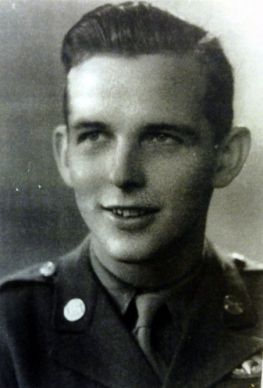 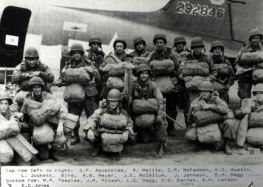